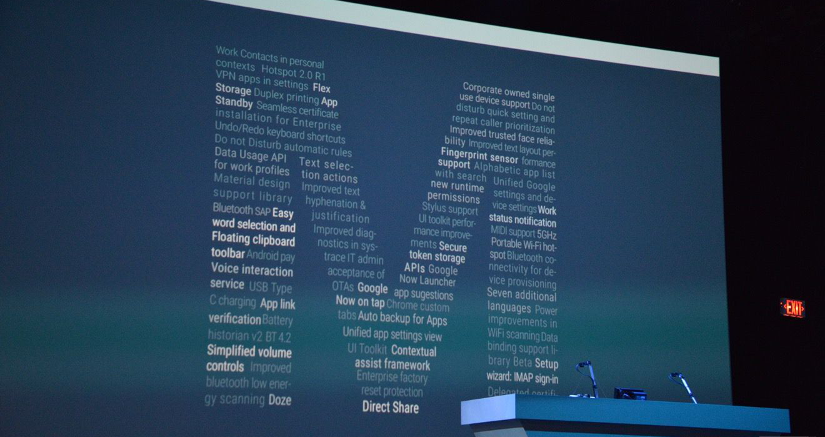 Android has a bit of a reputation to maintain in the dessert community. Google has kept a theme going of naming their major operating system releases for Android after delicious desserts, with the most recent public release being Lollipop. Many theories have been going around the Internet on what the latest name would be for the OS that is currently in preview (dubbed Android M). Moon Pie, Muffin, Milkshake, all delicious names that Google could have used. Instead, they’ve finally lifted the veil and have chosen something that goes great at a campfire. Marshmallow! This is the name of the new Android operating system from the Mountain View tech giant. Android Marshmallow is bringing along a large list of new features that are sure to be exciting for even casual Android users. A new app drawer layout that’s meant to make it easier to find the app that you want to use, user-defined app permissions (similar to how Apple manages permissions), and a new backup implementation are but a few of the features that are being added.

The biggest feature from the list above that many privacy advocates have been clamoring for is definitely app permission tuning. Since Android’s inception, users have only been able to either approve an app’s required permissions or simply not install the app at all. This is simply not acceptable today with people wanting to be able to manage what information they give away. I mean what flashlight app really needs Network and Contacts access? This sort of access also has a drawback as well. If a user ends up removing a permission that a specific app ACTUALLY needs (such as Network access for the Chrome app), that app will cease to function as intended. I can see this being a big source of frustration for phone companies and their support departments.

So when can I use Android Marshmallow?

So you’ve heard about the new name and some of the new features. Neat. Now how can I actually use it you may be asking. Unfortunately, the official public release isn’t going to happen for a couple more months. It is rumored to come out with the new Nexus 5 2015 edition as Google’s new flagship Nexus device. But you do have an option if you would like to use this new version of Android now. With the announcement of this name, Google released the final SDK version of the developer preview for Android Marshmallow to their Developer Preview site. Currently, only Nexus devices are supported – specifically the Nexus 5, 6, and 9, so you’ll have to wait for the release if you are on other devices.

A word of caution for those ambitious enough to try this preview build out. There are likely to be bugs in it as Google is still looking for feedback before the final release date. This also requires that you completely wipe your phone before installing this, which means you WILL lose all of your data. This includes, but is not limited to:

Google has provided instructions on their Developer Preview site for creating a backup of your phone in its current state before installing the preview at least. Still, Google only recommends people who know what they are doing with their phones and that are willing to live with lost data to install the preview build.

If you prefer to wait, chances are you’ll be able to download the Over-The-Air update in late-October to mid-November, which is when Google plans on releasing Android Marshmallow. Hopefully the major Android smartphone manufacturers will have their updates available soon as well for their devices. With the leaked images of the latest Nexus devices though, I don’t know why anyone would pick anything else. What do you think? Are you going to hold out the new Nexus line and go with something different? Already tried the Android M preview? Leave a comment with your thoughts and experiences below!